Not to Us but to Your Name give Glory

On the Threshold of Passiontide

Living in Hope with the Holy Father

Prayer for the Church in
God of our fathers,
renew us in the faith which is our life and salvation,
the hope which promises forgiveness and interior renewal,
the charity which purifies and opens our hearts
to love you, and in you, each of our brothers and sisters.
Lord Jesus Christ,
may the Church in renew her age-old commitment
to the education of our young people in the way of truth and goodness, holiness and generous service to society.
Holy Spirit, comforter, advocate and guide,
inspire a new springtime of holiness and apostolic zeal
for the Church in .
May our sorrow and our tears,
our sincere effort to redress past wrongs,
and our firm purpose of amendment
bear an abundant harvest of grace
for the deepening of the faith
in our families, parishes, schools and communities,
for the spiritual progress of Irish society,
and the growth of charity, justice, joy and peace
within the whole human family.
To you, Triune God,
confident in the loving protection of Mary,
Queen of , our Mother,
and of Saint Patrick, Saint Brigid and all the saints,
do we entrust ourselves, our children,
and the needs of the Church in .
Amen.
Posted by Thomas Gullickson at 6:02 PM No comments: 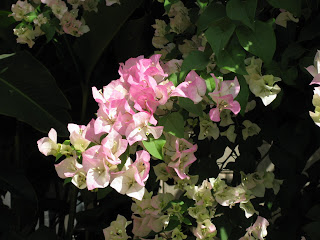 
Mors stupebit et natura,
Cum resurget creatura,
Judicanti responsura.
-Dies irae –
I had to marvel this week, all of a sudden, at how close my 60th birthday is getting and how important it is that I start thinking of myself as a senior citizen. The issue is not one of no longer being limber enough for cartwheels (not that I ever was), but rather of really belonging to an older generation of priests by comparison with the clergy who have indeed come into their prime! I don’t feel the least bit bad about it; as I say, it causes me to marvel and for the issue at hand to reach out in search of communication with that younger world now calling the shots.
My “Aha Experience”, my reason to marvel, began this week with a kind of annoyance provoked by a book I was reading. On the recommendation of one very young man (a blogger: The American Papist) I picked up a book by another young man, Fr. Larry Richards, entitled “Be a Man”. I’m too old for the book, but my problem is with a judgment Fr. Richards expresses therein about his poor, deceased father. He classifies his father’s spirituality as Old Testament, as if his dad were critical of Jesus Himself as too merciful. I would have sloughed off this comment had it not been for one that came my way at the same time from another young priest from a very different country and cultural background who recounted in public his father’s criticism of priests nowadays as responsible for all of the fallen away Catholics, and that being so, because in essence the younger generation of priests no longer preached fire and brimstone. Neither of these young priests, each now at the top of his game, is what you’d refer to as a slouch, but both have written off a generation just slightly older than my own as professing a vengeful O.T. God, Who punishes if you don’t toe the line.
I’m ready for the title “senior”, I guess, because I’ve never met ordinary Catholic men 10+ years my senior whose sense of accountability before God could be so easily dismissed. I cannot identify with the criticism pronounced about them so self-assuredly by the movers and shakers of the moment. I think these two dads and many other men and women of their generation and of an older tradition understood or understand, better than their priest sons do, the words of St. Paul in his 1st Letter to the Corinthians, assigned as the second reading in Year C for this the Third Sunday in Lent:
“These things all happened as warnings for us, not to have the wicked lusts for forbidden things that they had. You must never complain: some of them did, and they were killed by the Destroyer.
All this happened to them as a warning and it was written down to be a lesson for us who are living at the end of the age. The man who thinks he is safe must be careful that he does not fall.”
St. Paul is quoting the Exodus account but he is admonishing the Church in his own day and speaking across the centuries to us as well. Whether you heard “Remember that you are dust and unto dust you shall return” or “Turn away from sin and be faithful to the Gospel” on Ash Wednesday, the admonition to Lenten penance is always a call to accountability “lest you fall”. Our share in Easter joy comes through our Baptism into the Death of Christ. The tears of Penance are that “second water” St. Augustine talked about, given to the Church for the forgiveness of sins committed after Baptism. We have the means; we need to use them now and wash ourselves clean. We will be judged particularly at the hour of our death and ultimately when God is all in all.
By some odd turn of events, among the YouTube videos recommended for me yesterday a 1991 recording of the Requiem of Wolfgang Amadeus Mozart and specifically there from the passage Dies Irae came up. I couldn’t say as I cared for the Mozart rendition and so I moved to Verdi’s, which I liked even less. In desperation, I tried Antonin Dvorak’s which was fine, but ended up seeking refuge with the simple one from Gregorian Chant which we used to sing at parish funerals when I was a child. It is a beautiful prayer which says much more about genuine contrition than most of what we hear these days. I put the quote above as a reminder that we are dealing with a mystery far exceeding the bounds of personal piety (cosmic!).
All I really want to say today is that the burden of proof lies with youth. Why should they (the senior is talking) be allowed to think that the rupture which took place, let’s say in the 1970’s, positioned them better than their fathers for understanding how things are or ought to be configured in terms of time and eternity? Maybe a “penny catechism” training doesn’t necessarily provide the words, the vocabulary tools for explaining a certain dissatisfaction with a world which has emptied the word “Almighty” of any meaning. It is not right that everything has become terribly horizontal, such that “Judge” also is a word without referent. It would seem as though the “studied” sons might show their fathers a bit more compassion and a little less pity and come to their dads’ aid with the words to explain the timeless truth which St. Paul was so anxious to bring across to the Corinthians.
Ingemisco, tamquam reus:
Culpa rubet vultus meus:
Supplicanti parce, Deus.
Posted by Thomas Gullickson at 11:36 AM 2 comments: